Squeeze casting can be used to cast all kinds of metals (ferrous and non-ferrous), although aluminum, magnesium, and copper are the most commonly casted alloys using this process. The ferrous components with comparatively plain geometric structures, such as nickel, can also be formed with squeeze die casting. 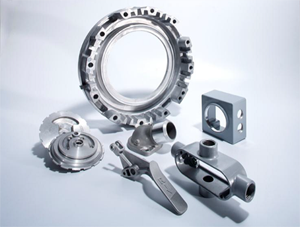 Since its development, there have been many modifications in the procedure and the techniques of squeeze casting. The traditional squeeze die casting is divided into two types, namely, direct and indirect, both having their own merits and demerits.

Squeeze die casting technique results in higher tensile and mechanical properties of alloys such as zinc and aluminum and some ferrous alloys. The process begins when molten metal is poured at the lower half of the preheated and lubricated die cavity, and pressure is applied before and after the solidification. The pressure applied in the squeeze die casting is lesser than the pressure applied in metal forging. The preheated die is set on a hydraulic press along with a coating of an ejecting agent such as graphite. It helps with the ejection of the final product when it is entirely in hard form.

As the metal starts to lose its liquid molten state, the upper half of the die is pressed into the bottom half until the casting fully solidifies. The pressurization aids in ensuring that the metal moves equally among the solidifying casting, which reduces the risks of the metal component falling apart.

Once the alloy is in a firm, solid form, the press ram withdraws, and the casting alloy is extracted from the plates of the hydraulic press. Three factors result in improved non-uniformed meta structures and mechanical properties:

The essential processing parameters that need to be monitored to produce a successful squeeze die casting component are listed below:

Casting temperature: the initial point is typically between 6-55 degrees C above the liquid’s temperature. But the temperature can vary depending on the alloy and the geometry.

Squeeze Pressure: Normally the pressure level is around 70 to 140 MPa.

Tooling temperature: The range usually varies between 190 to 315 degrees C.

Lubrication: For common casting metals such as aluminum, copper, and magnesium, any good grade of colloidal graphite is used as spray lubricant. When applied to the warm dies before the casting process, the lubricant gives satisfactory results.

Time delay: It is the measure of the actual time between the metal’s pouring and the moment the press ram starts the pressurization on the metal in the die cavity.

Squeeze pressure holding time: For casting that weighs around 9 kg, the range between 30 to 120s is considered suitable.

Two types of squeeze die casting have been known, namely;

The direct method closely resembles the liquid forging procedure. In the direct method, the molten metal is poured directly into the bottom half of the die, and the upper half is closed, causing the molten metal to fill the entire cavity. After that, a pressure of around 70-140 MPa or more is applied using a hydraulic press over the whole cavity during the solidification process. The direct method of squeeze casting gives better heat transfer, which produces adequate structures.

Indirect squeeze casting is more like high-pressure die casting, as the chamber used is similar. In this process, the grain-free liquid metal is injected into an indirect squeeze casting machine through a shot sleeve, which can be vertical or horizontal. The melt is injected into the die chamber through a much thicker gate and lower velocity than that of high-pressure die casting.

The casting process is accomplished when the liquid metal solidifies. The speed and the pressure with which the melt is injected can be controlled. A computer-controlled system can help in indirect squeeze cast manufacturing by offering greater speed and control of the production. The indirect method has more commercial applications as it does not require highly specific metering systems.

In both of these types, the manufacturers may accomplish the casting operations in vacuum-controlled conditions. Although both of these types have gained popularity in recent years due to lesser porosity, the method and the raw material are mainly picked based on manufacturing technologies.

In the complex process of squeeze casting, shrinkage porosity in large sections of metal is inevitable, despite appropriate temperature and pressure. In order to reduce the shrinkage, squeeze pins are used to press the metal, although the efficiency of the squeeze pins depends mainly on the pressurization time and the placement of the pins.

Once the pins are activated, they detect liquid metal parts for any shrinkage and move precisely to that point; the pins stop if there is a solidified surface on the metal or they run out of their maximum allowed distance. The squeeze pins can be initiated automatically if there is no cavity in the metal surface, the pin is end-to-end with the metal region, and there is no connection between different pins.

A vacuum pump is used to remove any air entrapment during the injection of molten metal in the die, which eliminates all air bubbles from the mold cavity. In a vacuum-assisted die casting, nearly all air is evacuated from the cavity, and the vacuum is kept until the injection process is completed.

A good vacuum decreases the pore size of the casting component, which results in improved strength and density of the end product. Vacuum die casting technology requires less pressure and produces thinner and larger castings. The casting system can be efficient only by vacuum, and a well-established casting process and tools are needed for the best results.

High pressure die casting is a process that is performed on soft alloys such as aluminum and zinc. The molten metal is forced into a mold with high speed and high pressure. The metal is held under pressure until the liquid solidifies. The high pressure makes the cross-sectional area of the component thinner than other casting processes.

High-pressure casting makes the surfaces of the casting components smoother and improves the quality of the coating.

As an emerging form of casting, squeeze die casting offers some great advantages, some of them are listed below:

In the squeeze casting, both casting and forging processes are combined. This combination produces metal parts with better finishing and mechanical properties.

Squeeze die casting produces metal parts that have low shrinkage. This is because the high pressure and tight seal does not allow the molten metal to evaporate.

Squeeze casting is considered to be one of the economical casting processes. Most of the raw material produced in this process can be reused. For mass production, manufacturers can perform squeeze casting with automatic machines.

The metal parts created by squeeze casting have a longer life and higher density. the cooling part of this process makes stronger grains of the metal, which makes it highly dense. Metals with greater density can be designed into near net shapes easily.

Squeeze die casting produces the minimum amount of air bubbles in the die cavity, that’s why the metal parts have low porosity. The final products in squeeze casting have a good surface texture. The by-products of this process are really low in number.

Unlike many casting processes, squeeze die casting can be performed for both ferrous and nonferrous metals. Due to this characteristic, it is considered an innovative technique for casting companies. For all kinds of metals, squeeze casting produces excellent final products.

squeeze casting is well known is its energy conservation methods. casting companies choose this process for mass production. Because it can be operated by software programs and energy is saved.

Squeeze casting is known to have multiple applications in the industrial, technological, and automobile industries. It has numerous uses in automobile companies for the production of vehicle components. 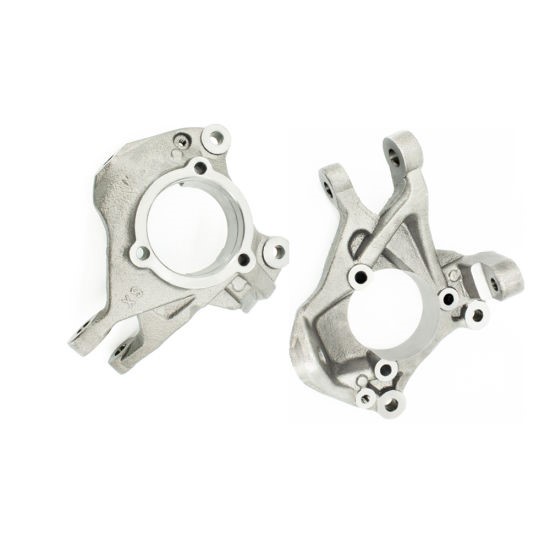 Casting companies use squeeze die casting for producing high-quality automobile parts with light weights. Some of those parts include; aluminum chassis frames, brackets, nodes, and front steering knuckles. Many sports car companies like Porsche, use squeeze casting for making horizontal blocks for their engines. The pistons of the vehicles are also created by the squeeze casting process.

Other than that, squeeze die casting is used to reduce the weight of many military weapons and heavy machinery. For the casting of magnesium alloy, the squeeze casting process produces better results than high pressure die casting. A number of important mechanical products are made by this process such as; brass pipes, stainless steel blades, and alloy discs. Squeeze casting is famous for producing the tiny turbine blades and propellors for the boats.

For the mass production of casting components at low rates, casting manufacturers choose the squeeze die  casting process. It is widely used for commercial purposes due to its simple methods and better qualities. For the mass production of metals, squeeze casting offers a controlled setting, which is why it has gained such popularity. Some of the most commercially famous casting products are military bombshells, steel bevel gears, and aluminum dome roofs.