What is Squeeze Die Casting?

The process of squeeze die cast works for not only non-ferrous metals but also ferrous metals. But it is mostly used to cast aluminum, copper, and magnesium alloys. Squeeze cast aluminum alloy parts has better mechanical strength than normal aluminum die casting parts. 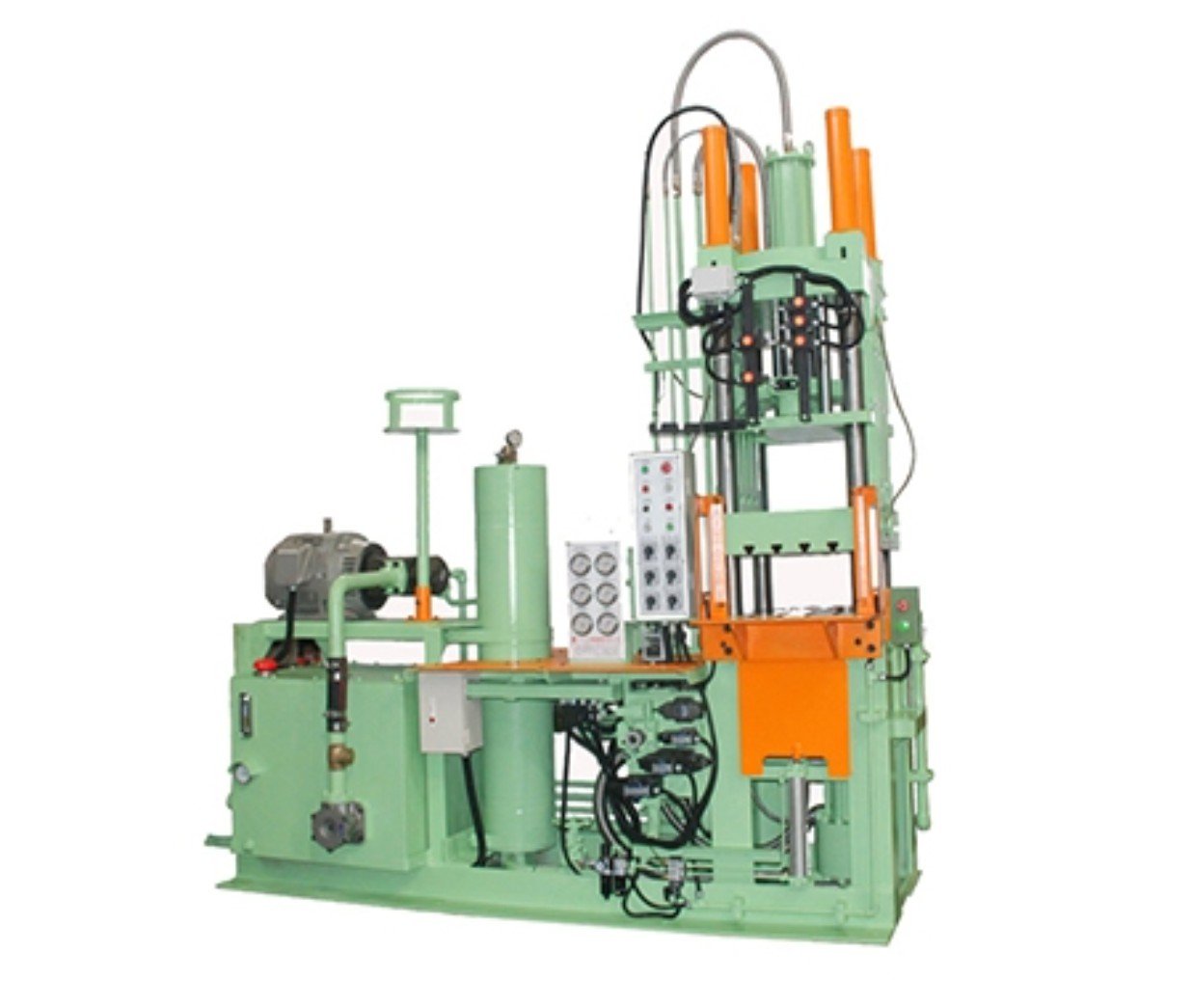 The squeeze pin technology die casting is a part of squeeze casting. This technology reduces the parts’ shrinkage. The squeeze pin’s efficiency depends on both the pressurization duration and pin position. 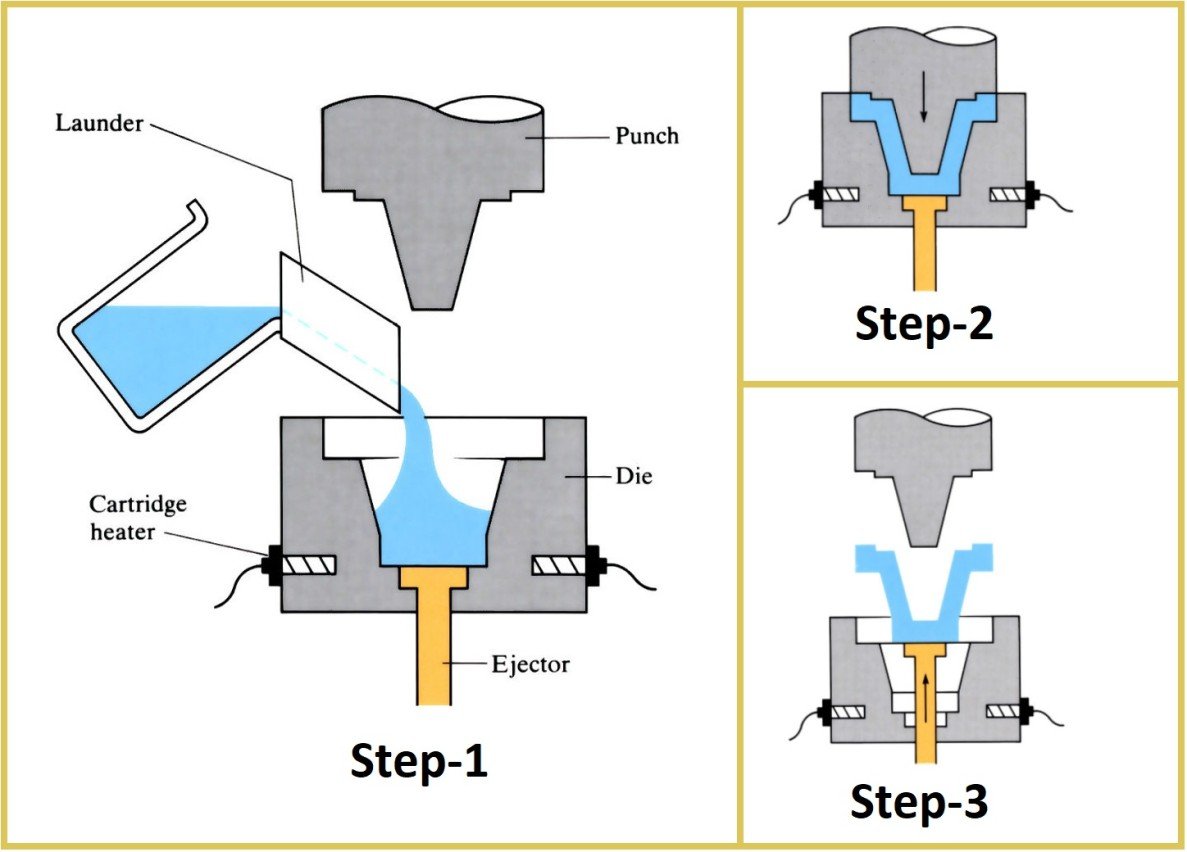 Which Parameters Should Be Kept in Mind for Squeeze Die Casting?

For squeeze die cast, you have to keep some points in mind. These are:

The tooling temperature should be between 190 to 315oC. But the casting temperature will depend on which metal you are using. Usually, it has to be 6 to 55oC more than the liquidus temperature.

The pressure level should be between 50 to 140 MPa in general. Applying pressure for 30 to 120 seconds can achieve satisfactory results for castings weighing about 9 kg.

There has to be a time delay between pouring the liquid metal and the punch before you can apply pressure on the melted metal.

Lubricating the dies with a colloidal graphite spray is better than using the dies directly for squeeze die cast of aluminum, copper, and magnesium alloys.

What Are the Differences between Die Casting and Squeeze Casting?

The below table shows a comparison of squeeze casting vs die casting:

Which Defects Can Be Avoided by Squeeze Die Cast?

Practically no die casting method can completely get rid of defects. But the development of new techniques in die casting helps to reduce the defects as much as possible.

The most common defect in die casting parts occurs due to air void entrapment inside the cavity. Though squeeze casting parts are not 100% free of porosity, the parts have much less porosity than regular die-cast parts.

Another problem of regular die casting is the shrinkage of parts after solidification. This happens when the liquidus state metal is not dense enough before ejection or due to applying low pressure. Squeeze die cast reduces this issue by applying high pressure through the punch in the top die.

What Are the Applications of Squeeze Die Cast?

That is why manufacturers of defense, construction, automotive, and heavy machinery industries use squeeze die cast parts. Some examples are as follows: 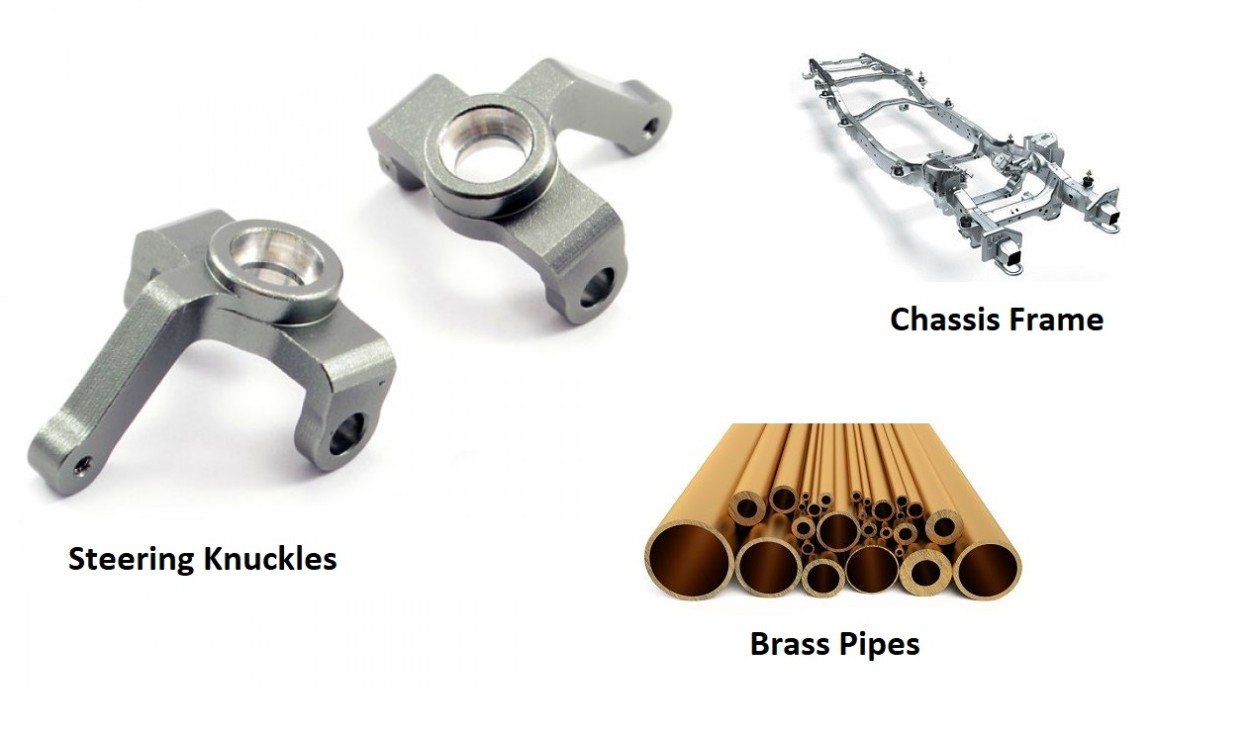