Laser Etching & Engraving is used to create features that could serve the purpose of a logo, barcodes, or identification mark for parts. These processes are an important part of manufacturing to ensure the traceability of products.

There are different types of laser etching & engraving technologies out there. It is imperative that you have adequate knowledge to pick the one you need. This guide will help understand how to laser etch and engrave parts efficiently.

People often confuse between laser engraving & laser etching thus thinks that they are the same process. While the final result obtained by both of the techniques are quite similar, but the working principle is different.

Laser Etching is done by melting the metal surface in a controlled manner using lasers. When metal is melted it will undergo an expansion. Similarly, upon melting the surface, the melted portion will expand and create raised marks.

No material is needed to be removed in the etching process.  So, etching can be done with less powerful lasers compared to those used for engraving. The raised marks can be made white, black, or grey to maintain a proper contrast in the part.

On the other hand, Laser Engraving is done by carving the metal surface through vaporization. So, it is known as laser carving as well. The power requirement of a laser engraving machine is higher than that of a laser etching machine. Because vaporization of the material requires much more power than melting.

Here’s a video that shows the individual and combined use of etching and engraving to create black and white marks in a metal part.

Laser etching and engraving have their unique benefits. So, the advantages of both of the techniques are separately discussed.

The main advantages of laser etching are as follows:

The main advantages of laser engraving are as follows:

Lasers emit light of a specific wavelength which is amplified by stimulated emission of electromagnetic radiation. The primary source of light can consist of almost any substance thus there are thousands of kinds of lasers in existence.

Lasers are primarily classified into the following categories.

And each of these categories consists of various substances. However, not all of them are commercially available. Only a few of the lasers are commercially used for engraving and etching purposes. Some of the popular ones are discussed below. 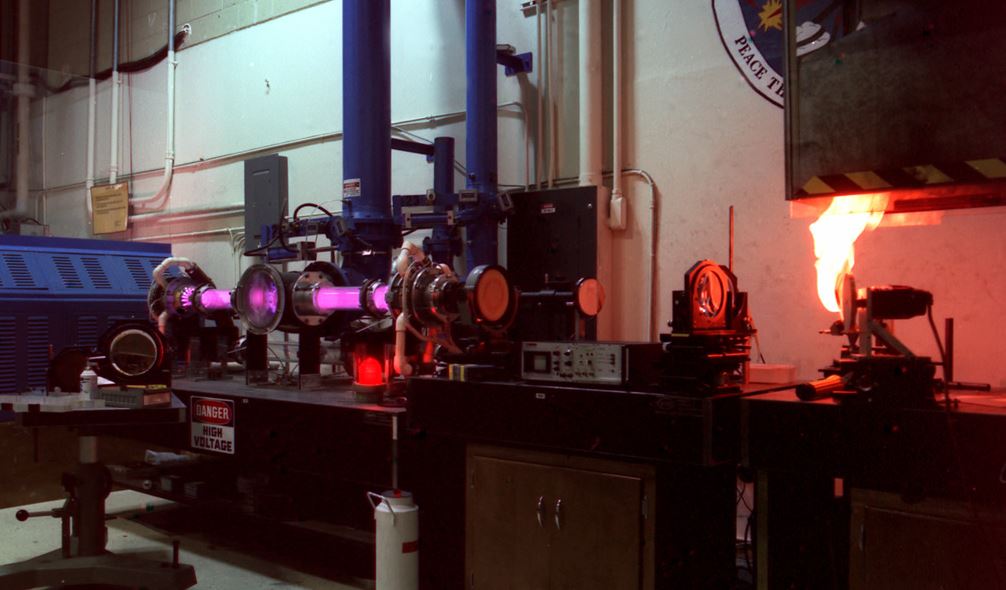 CO2 lasers produce infrared beams with wavelengths ranging from 9.6 to 10.6 micrometers. The high power output allows CO2 lasers to be used for industrial applications like cutting and welding. But it can be used for engraving as well if fine-tuned to lower power levels.

Fiber lasers use an optical fiber as its active gain medium. The optical fiber is mainly doped with various lanthanides or rare-earth elements. The laser light can be generated and delivered to the focusing point through an inherently flexible medium.

The active region can be made several kilometers long as the optical fiber can be looped to fit in a smaller space. So, fiber lasers can provide very high optical gain and have a compact construction than a solid-state or gas laser of comparable power. 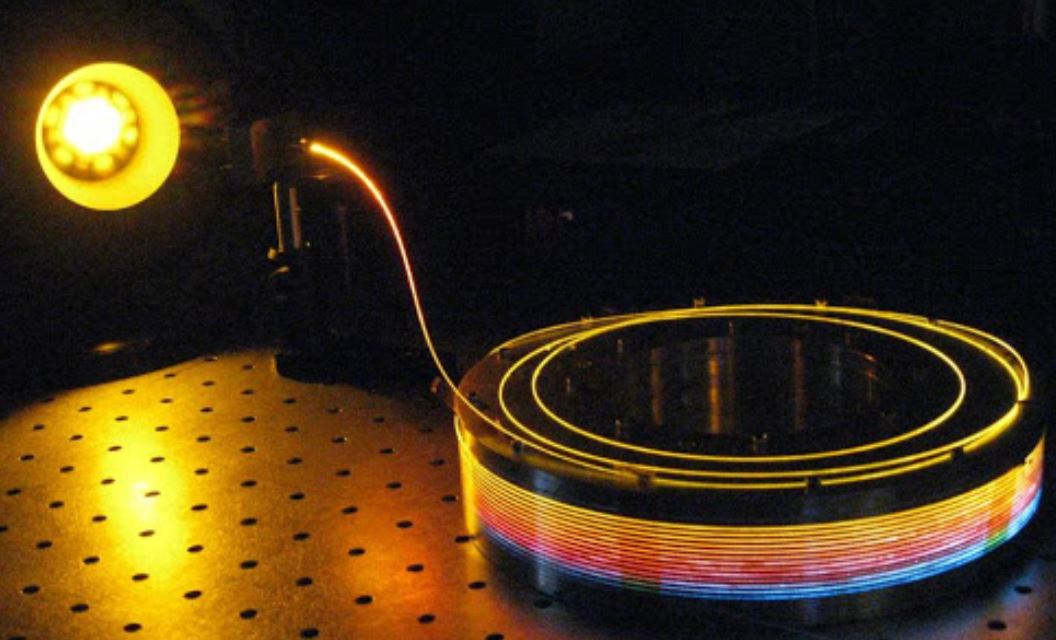 Fiber lasers have a shorter wavelength than CO2 lasers. They can work with both plastic and metals. Fiber laser has a low cost of ownership. It occupies less space, has high power output, and the high temperature and vibrational stability offer an extended lifetime.

Nd:YAG laser is a solid-state laser. Here, Nd:Y3Al5O12 (neodymium-doped yttrium aluminum garnet) crystal is used as the lasing medium. They emit infrared light with typical a wavelength of 1064 nanometer. They can operate in both continuous-wave and pulsed mode. 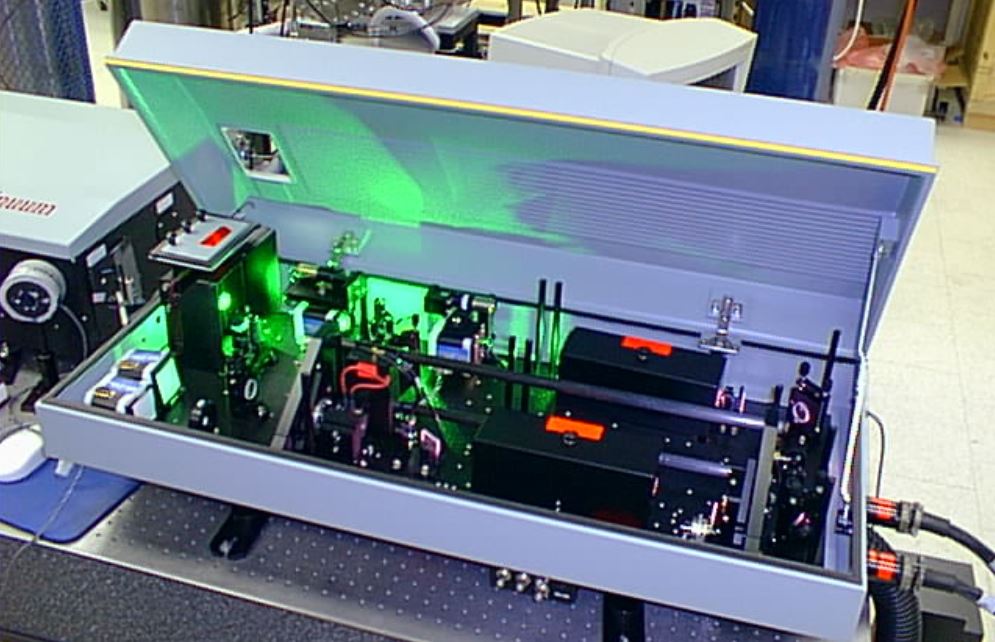 Nd:YAG lasers have a wide range of applications in many industries. The medicine and manufacturing industry in particular have extensive use for it. It is used for various manufacturing processes such as but not limited not to engraving, etching, cutting, welding, etc.

They are able to engrave and etch most of the common materials including metals and plastics. The wavelength of Nd:YAG laser can be modified to make it suitable for different applications.

Laser engraving and etching applies to a wide range of materials. However, not all materials will exhibit the same behavior when hit with a laser. And a certain type of laser may only be suitable for some specific materials.

The hardness and heat resistant property of metals renders most of the laser technologies unsuitable for engraving and etching. High-density laser beams are required as metals have a very high melting and vaporization temperature.

Metal engraving is usually done using fiber lasers. While metal engraving can be done with fiber, Nd:YAG laser, and CO2 lasers with a shorter wavelength. 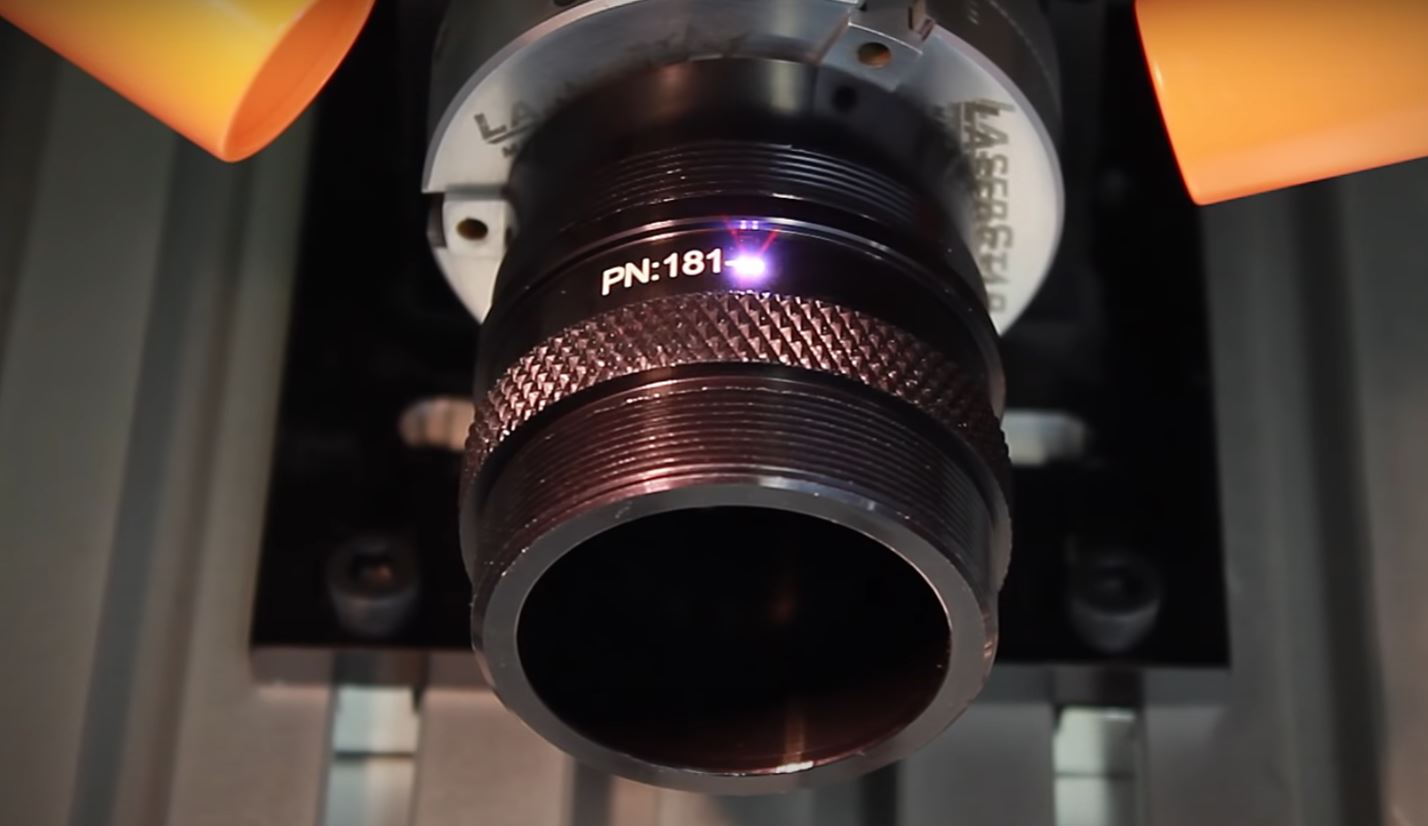 There are many types of plastics with varying properties. Each plastic has a specific light absorption spectrum that can further vary due to the use of additives. The plastic properties must be properly analyzed and tested before going for full-scale operation.

Because the laser irradiation can cause chemical changes, melting, and evaporation of the plastic. Thermoforming plastics may melt around the edges. And EPS foams, vinyl are more suitable for routing than engraving. So, figuring out the right method for marking plastics is important. 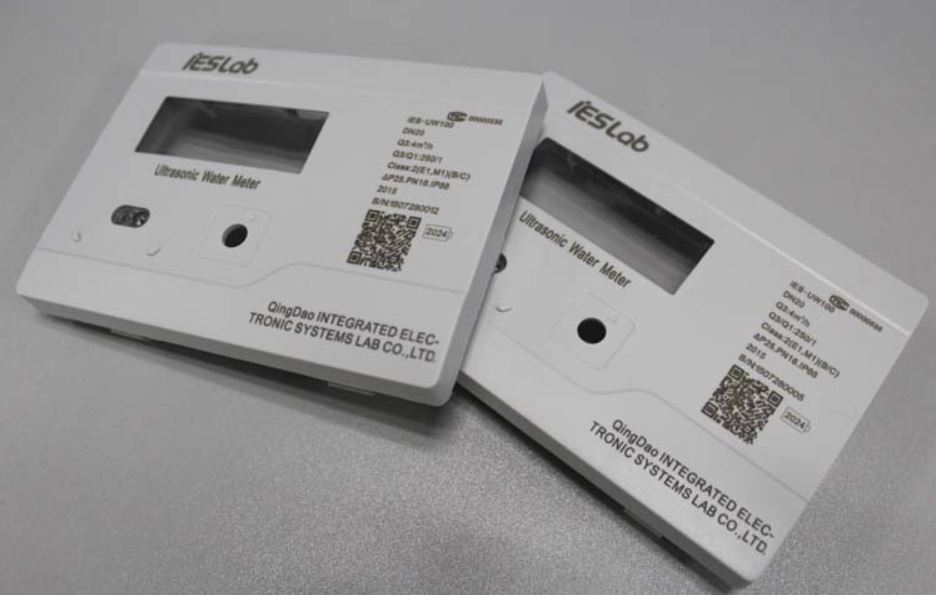 Non-metals and natural materials like wood, rubber, leather, etc. exhibit really good results when engraved. In fact, the early application of laser engraving was mostly focused on carving woods. Even now engraving images in the wood are immensely popular. 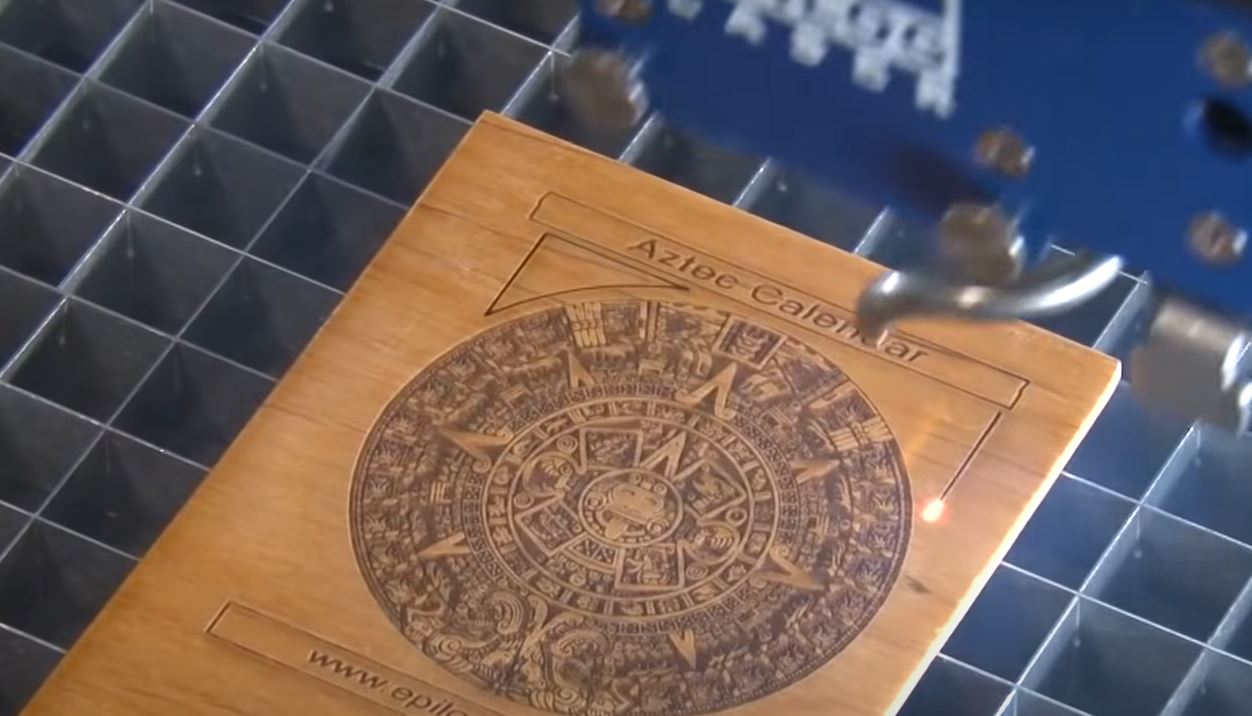 Glass is rather difficult to engrave or etch due to its brittle nature and immensely high vaporization temperature. The same goes for stones as well. Engraving such material is difficult as they do not vaporize easily and prone to fracture.

It is more convenient to engrave them using sandblasting, or water jet. But, it is easy to laser etch or engrave mirrors. You can get similar results to chemical etching or sandblasting when the power, speed, and focus is carefully optimized. 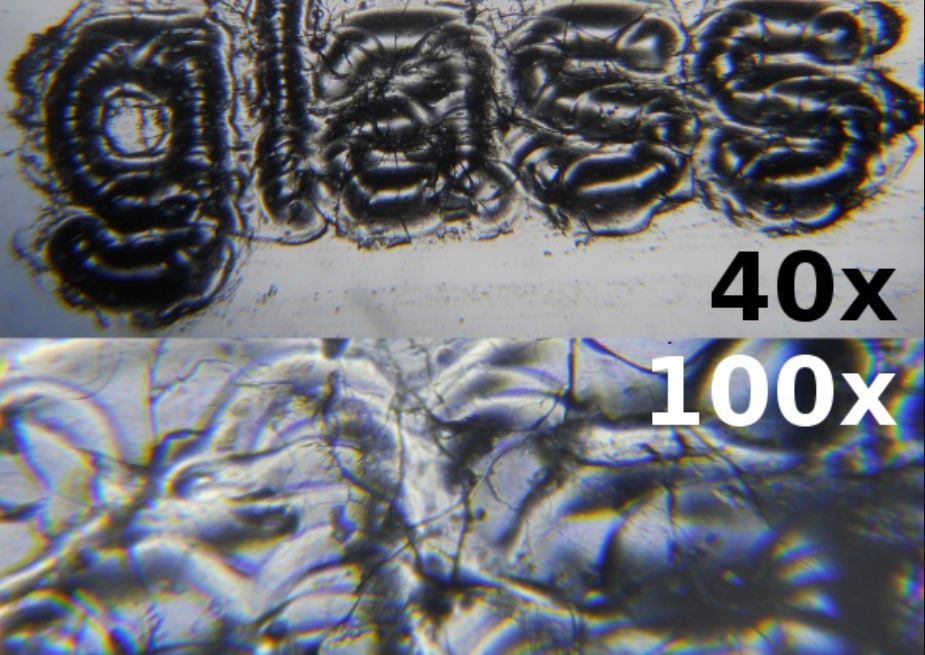 Laser engraving and etching is a widely adopted and efficient technique for ensuring traceability of parts. Manufacturers are able to engrave/etch all the necessary traceability information regardless of the size and complexity.

Manufacturers usually engrave/etch barcodes and QR codes into their items. It has helped raise the quality control standards during and after production. The durability of the markings also ensures long term convenience for the end-users. 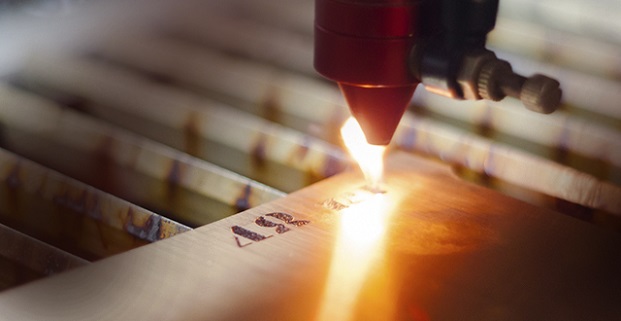 You can also create nameplates, and crave/etch serial numbers or contact information into your company’s products. The markings are permanent and will last for a very long time. 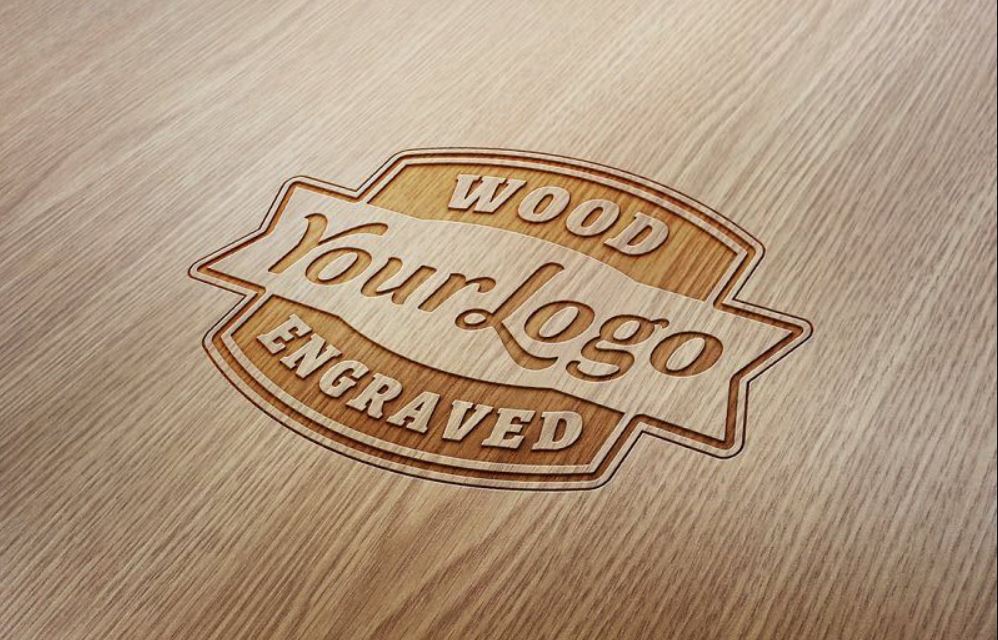 Engraving of woods has been very popular since the invention of laser engraving technologies. The low vapor point makes it an ideal material for laser engraving. The Lasers irradiation leaves a burnt impression of high contrast on the wood.

You can even achieve a 3d effect by varying the depth of the engraved surface. 3d laser engraving will take more time as multiple passes are required. 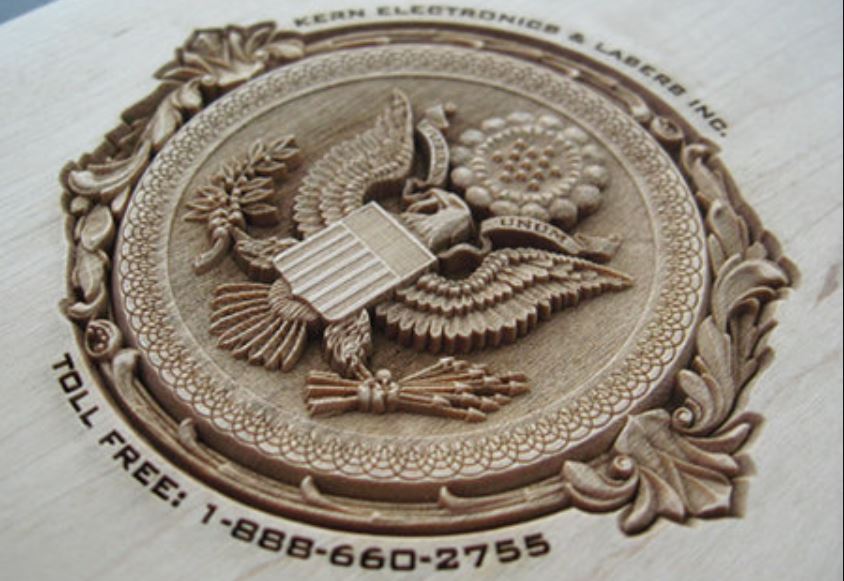 The subsurface laser engraving technology also allows you to engrave a 3d image into a glass or crystalline material. The laser is focused below the surface of such materials to create small fractures underneath. The fractures distort light and make the engraved image visible.

Sub-surface laser engraving is commonly used for making custom-made souvenirs and decorative items. The latest technological improvements made it very affordable and end-users have a high demand for it now. 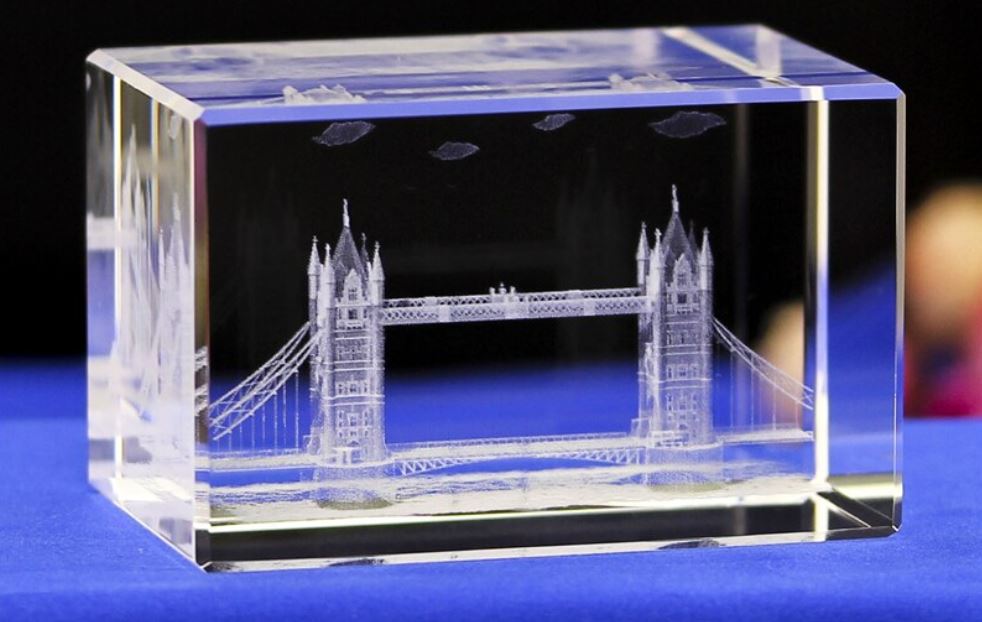 Laser etching/engraving is also used for marking artistic designs in many manufactured goods. This has allowed manufacturers to increase the aesthetic appeal of their products to the end-users. 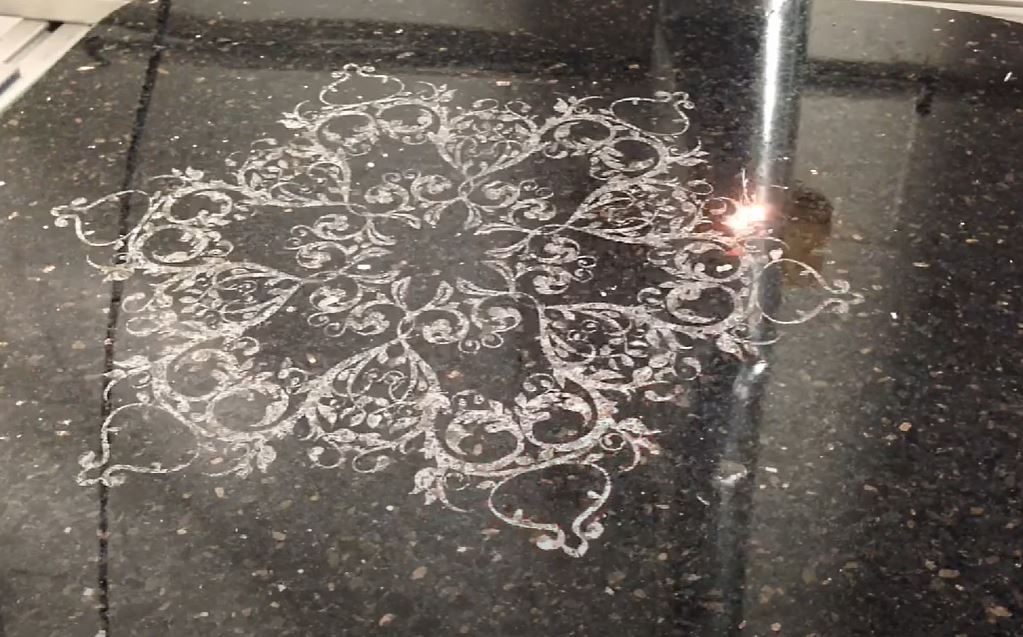 If you are in the manufacturing business, you can largely benefit from laser engraving and etching. You can replace your traditional lettering and ornamentation techniques with laser etching/engraving to ensure a faster production cycle, quality, durability, and cost-efficiency.

To perfectly suit your needs, Sunrise Metal features various traceability techniques including laser engraving and etching. We can provide high-quality and aesthetic engraved/etched features for your parts according to your requirements.

Request For Quote
x
Request for Quote or Information
We would be glad to receive your request for quote.
Please email us your detailed requirements including 2D drawing & 3D Model and Quantity.
sales@sunrise-metal.com
We are close to Shanghai PVG,SHA,& WUX Airportwe can arrange pick-up when you visit us.
Please fill out the form if you have any question.
Scroll to Top
Scroll to Top